If for our indigene ancestors the cocoa was a sacred fruit because it was a gift from their gods, for Europeans today, chocolate is a food surrounded by a kind of sacred aura, with almost a divine status.

The most popular sweet in the world, for some experts a super food if properly ingested, has in Europe its mecca, the region of the globe where more chocolate is consumed … at long length. In this part of the planet its inhabitants have managed to raise an exquisite and audacious culture around chocolate, with deep roots in society and a huge number of ramifications that end up pleasing even the most demanding palates.

That kind of worship for chocolate in the old continent produces numbers that deserve to be tasted one square after another. In this sense, at the end of 2015 and according to Euromonitor International data, the Swiss hold the highest per capita consumption on the planet with about 9 kg, followed by the Germans with 7.9 kg, the Irish and English with 7.5 kg, the Norwegians with 6.6 kg and the Swedes with 5.4 kg. The list includes the Australians (4.9 kg), the Dutch (4.7 kg), the Americans (4.3 kg) and the French with (4.2 kg). Notice that 8 out of 10 of the largest chocolate consuming countries per person in the world are in Europe. In Latin America, Chileans are the largest consumers, with just over two kilos per capita. Venezuela ranges from 400 to 500 grams a year.

Laurent Pipitone, director of the Division of Economics and Statistics of the International Cocoa Organization (ICCO), based in London, said to Vivaelcacao.com that the institution he represents records a consumption in Western Europe (2015) of 1.5 million ton of cocoa, compared with 300 thousands ton consumed in Eastern Europe.

The European Association of Chocolate, Biscuits and Sugar Confectionery (CAOBISCO) on its latest report offer a broader view of the sectors it represents. In this respect, the countries that make up the European Union (27) use about 50% of the total world production of cocoa. CAOBISCO affiliates 12,708 companies and generates over 330,000 direct jobs (5.5% more than in 2010). Its exportations reach 180 different destinations on the planet. 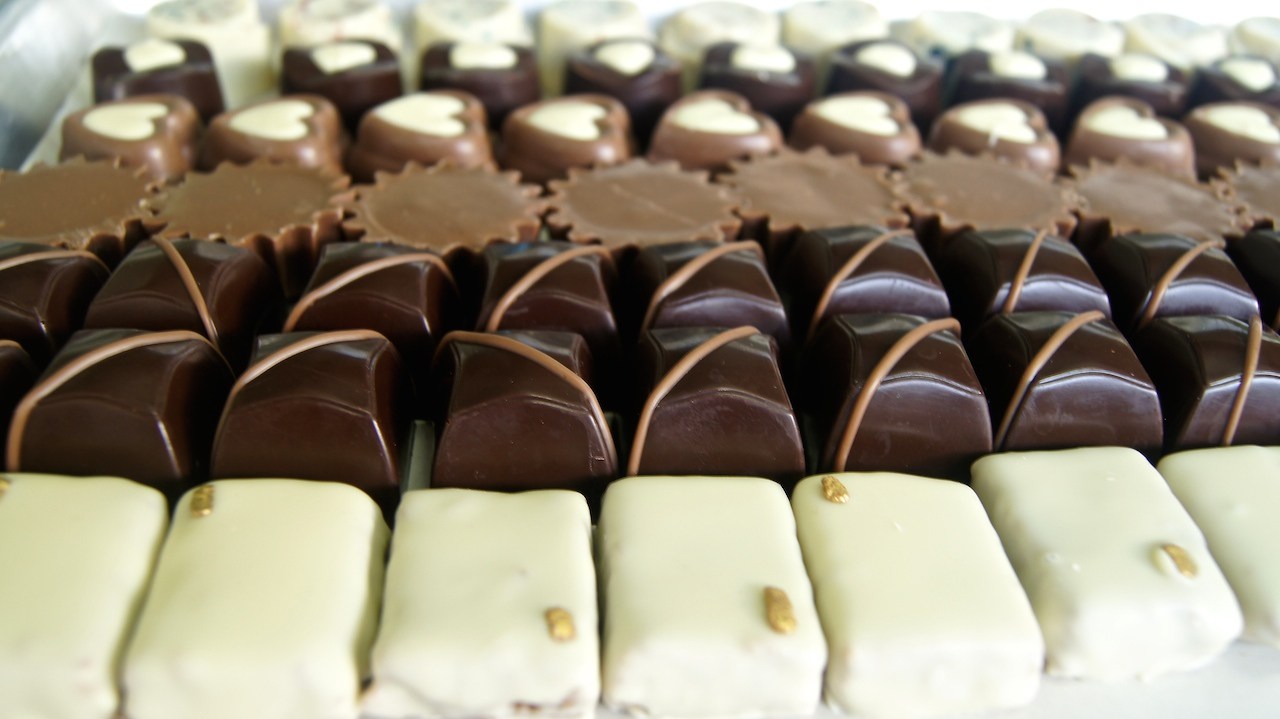 Beyond those very important numbers, chocolate in Europe has its human side and its heart beats to the rhythm of each localism. Whether it is at home, shop or business, the innovation, glamor and fantasy blend harmoniously. Cities and towns offer a whole chocolate experience and “hide” more than a surprise just around the corner. Chocolate appears to a greater or lesser extent on many festivities or celebrations.

“In Europe there is a dynamic world around chocolate, a culture with its distinctive features, according to each country. There are unlimited presentations in sizes, shapes and flavours. However, for Europeans the contents of cocoa in their chocolates should range from 70% to 80% or perhaps more, due to all benefits that chocolate holds for health, “said Elvis Portillo, Dean of the Faculty of Agricultural Science at the University of Zulia, also a cocoa expert with postgraduate studies in France.

Switzerland is perhaps the most emblematic land when it concerns to chocolate. They consume more than a half of their national production. Hence, it is not difficult to conclude that this sweet is a key ingredient of the Swiss cuisine. Likewise, some of the most popular brands in the world are also found in the Helvetian territory, which attracts tourists from all over the world in search of the range of products. One of the main tourist attractions is the train of chocolate, which runs from Montreux (Swiss riverbank) to the Cailler-Nestlé factory, in the community of Broc, canton of Friborg, district of Gruyére, the same where the cheese with this appellation of origin is produced.

“The Swiss introduced many changes in cocoa industry worldwide during the nineteenth century. They invented refining, tempering and, in some way began to develop machines to give texture and fineness” Vicente Franceschi, founder of Franceschi Chocolate, a company that makes a unique collection of fine and extra-fine chocolates with selections of Venezuelan Criollo and Trinitarian cocoas, focused on promoting the art of origin dark chocolate. “However, the great Swiss contribution to change both industry and consumption pattern of this product on the planet was the invention of milk chocolate, tried to be made for a long time, but very difficult to achieve since mixing animal and vegetable fats was an issue”, The cocoa scholar explains.

Among the pioneers who were authors of Swiss chocolate reputation are Francois-Louis Cailler (first factory in 1819), Phillipe Suchard, Daniel Peter, Henri Nestlé and Rodolphe Lindt. The latter created the machine to aerate the dough by spinning, a procedure that gives the chocolate the property of melting in the mouth.

In Switzerland the chocolate experience is very varied. You can know the history of chocolate by visiting the Museum of Cicccolato Alprose in Lugano, or simply enjoy a chocolate bath in a spa in the city or one surrounded by a dazzling natural landscape.

Each country has its own profile

Outside Switzerland there is a lot to talk about and the recipes are a reflection of past and present history. “The Italian chocolate is dry and hard, the Parisian is buttery, creamy and melts in the mouth, while the English contains a lot of sugar. The Belgians are specialists in their great creation: confectionery”, Francheschi summarizes.

The United Kingdom and Germany are leaders in the consumption of organic chocolate within the European Union.

Since chocolate is a cornerstone of European patisserie, some large cocoa companies hold or pay specialised schools to train their chefs. Europe was the first cocoa importer in 2014, accounting for 55.99% of world imports in value. Competition is arduous and creativity is a key ingredient to shape and respond to new trends, which are related to the flavours of the soil where cocoa plants grow and to how the beans are fermented and dried.

Caobisco states that in 2014 its areas were among the most innovative food sectors in Europe, being the 8.7% of all European food innovations.

As per the 2015 Euromonitor International report on chocolate confectionery in Switzerland, we find that the consumer chose to buy less chocolate, but of a higher quality. “Consumers have become increasingly demanding in terms of the quality variation of a single origin cocoa”

The Spanish Sweet Association (PRODULCE) points out on its website that its cocoa and chocolate sectors invest “in research and development to introduce products in the market only by demand. Concern for a healthy and balanced diet has led cocoa and chocolate makers to broaden the reference range of by-products, adding those products that can be included in a varied and balanced diet”.

From Spain to Europe

It can be said that all this European fascination for chocolate was born in Spain. “Spaniards had controlled the world of chocolate for more than 100 years. They owned the secret until it slipped to the rest of Europe and, to that same extent it was being improved as well as its trade and industry developed” Portillo says.

It was the Spanish conqueror Hernán Cortés who first crossed the Atlantic bringing cocoa in 1528. Mayas and Aztecs cultivated it long before, using its pods as currency and the beverage they prepared, mixed with other ingredients, was reserved for the upper class people. It was also consumed as an energetic food.

“The Spaniards also realized how useful cocoa was in the military area because it supplied energy. Then, the priests (Dominicans) saw in it the opportunity to break fasting. The Pope at that time agreed with that, as far as it was not added sugar or milk “Franceschi said. “Afterwards, as in the Aztec empire, cocoa began to be tasted by the elite of those times. It reached Italy at the beginning of 1600, soon France (1615) and England (1650). Thus, the popularity of cocoa in Europe began, where it was mixed and attributed medicinal qualities”, Francheschi adds.

The industrialization of cocoa began in the nineteenth century, around 1824, when the pressing machine was patented in Holland, which allowed the extraction of butter from cocoa powder. It was a slow process, but it has led to the dynamic industry that we know today.

Cortes could never imagine the impact cocoa would have on Europe and the world. Nevertheless, the grain was not wanted at first, not even to feed pigs, today, its main product, chocolate, is a nutritious delicacy, a source of happiness that moves a large industry, but above all, a culture as diverse as the countries that integrate the European continent. 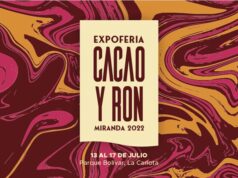 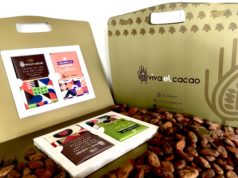 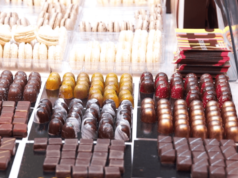 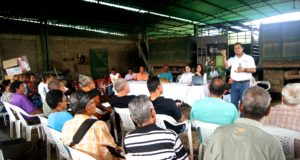 The cocoa in Paria : small producers with great needs

Redacción - February 6, 2017
0
By Yuly Carreño  As a precious treasure waiting to be discovered, the current scene of the cocoa in Paria reflects that peculiar Venezuelan idiosyncrasy in...