It is said “a chip off the old block” / “like father, like son” and that those who fall in love with the cocoa world cannot escape from its charm. This happened to the producer Calixto López, one of those emblematic farmers in the Paria Peninsula. A man who combines harmoniously part of the most appreciated qualities in a human being: knowledge and modesty.

Time flies when Calixto talks about cocoa. He does it with such love, fluidity and empathy that involves even the most uninformed. He is happy, cheerful and also likes asking questions since he was a child. That’s why he feels so comfortable when he is questioned on Theobroma cocoa. He is like “a radio on” when it comes to talk about the seed!

The feld in his genes

Since he was born, Calixto has lived in Agua Fría, about 30 kilometres from Río Caribe, on the Peninsula of Paria, in Sucre state, eastern Venezuela, where cocoa has deep cultural, historical and economic roots.

His parents were also farmers, but he undertook the task of doing a specialisation. In fact, during the last 20 years he has dedicated himself to research and collect materials with Criollo features. In this sense, his farm Gancho Chiquito with about 12 hectares and 12 thousand plants has a work done. “I have rescued some materials and I am reproducing them. I use them to produce Chocolates Agua Fria”.

Calixto, 65, says that in the last two decades he has lived and learned more than in previous years. This is precisely thanks to the “rapport” between him and his trees. “I have learned how to identify and select the types of cocoa. Knowledge is synonymous with life”.

For the producer, cocoa is not only the source of his family livelihood. It is a passion that runs through his veins and inspires him to always think abouthow going further without ever deviating from the courseof excellence. “I have specialised myself in the development of plants by grafting or cloning. Pollination, for instance, is fascinating”, he points out.

Thanks to the same quality that he imparts to each stage of his work, his seeds were chosen for the production of the first two tablets of Cacao de Origen, Agua Fria 70% and Agua Fria 75%. “Seeing cocoa transformed into chocolate is some kind of dream come true. I feel a great satisfaction”.

Currently, at the Río Cacao School, chocolate bars are produced at 70% or 75% with Calixto’s beans. Then, they are taken to Cacao de Origen (Caracas), where they are transformed into small, rich and nutritious squares.

Calixto has two grown-up children who also work on the cocoa farm. His wife supports him unconditionally. His maternal grandfather, originating from Margarita, during the war La Libertadora arrived to the coast of Sucre, where he started his journey to the mountain. On the way he found cocoa and then, he settled and planted it. That’s the way the hacienda began.

Calixto learned and worked in different trades. He went away and came back, but ended up where he was born, among cocoa.

At the age of 14, he moved to Caracas, the core of development and large educational centres. In the capital he studied accounting at the Venezuelan Accounting Centre. Then he was trained in electricity and worked for the Electricidad de Caracas. Later he worked as a driver ina Caracas newspaper. He often travelled to Sucre. Those were years of comings and goings.

In Caracas he found his couple and got married, but when that red roofs city began to lose part of its old charm, he packed his suitcases and returned to Agua Fria in 1979.

The field: School and legacy

He used his savings to buy a truck, and began to carry passengers from and to Caracas, until he got swept up in his blood instinct, so he put the steering wheel aside to getting into the cocoa world. Then, in1992 he began to take courses and workshops “everywhere”, as he recalls it. To the same extent that he was filling himself with knowledge, he was getting deeper and deeper into the cocoa fields. “The cocoa plantation is the best classroom ever.”

Calixto recalls that as a child and an adolescent he used to amuse himself among the trees and their pods, without realising that he was having fun among some kind of brown gold. “Later, I was aware of that, thus I started to study how to rescue the white almond cocoas”.

These research works were carried out thanks to the Fundación Proyecto Paria and supportedbyprogrammes of embassies. “It was shown that white almond cocoas are progeny of Criollo cocoa.” This is one of his numerous legacies.

For this Parian producer the good agricultural practices are inviolable and are part of the learning process, “which never really ends because it is a continuous process that includes updating onthe advances of scientific knowledge”. Planning and patience are other qualities that define Calixto, withdark skin, typical of those from that region. “For me, the most critical point of the cocoa crops is the expecting production time of the plants for the fragility of the seedlings”. After decades of experience, Calixto acknowledges how hard is to earn a living from cocoa, due to the situation in the country and also because the harvest is only eight out of twelve months during the year. “Nevertheless, we have been able to make it a profitable business with patience and good administration”. The reflexive Calixto shows easily. His accumulated experience and knowledge can be summarised in just one word: wisdom. “Venezuelan cocoa has been neglected by governments”.

From the governmental side there must be greater responsibility and a medium and long-term work vision, as well as technical assistance. Additionally, many producers were granted credits without any control, causing bad habits and counter-productive results. Likewise, when cocoa marketing started, there appeared some intermediaries who distorted the market to such an extent that processes such as fermentation and drying have been progressively diminishing. “Calixto López is a full-blooded parian cocoa producer, dedicated to its cultivation day and night, always using the good practice tools. A worker of the field who extols Venezuela and its fertile soil, eager for more men and women committed to the countryside. 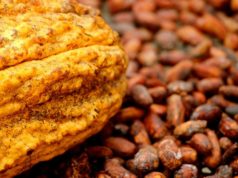 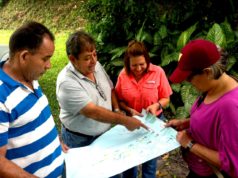 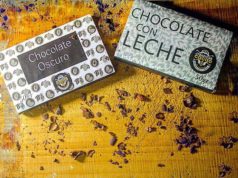 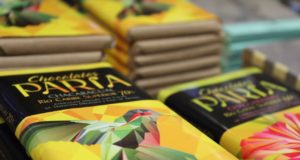 Chocolates Paria: the fruit of happiness