In spite of the prices collapse registered by the cocoa world, recording historical drops, the cocoa produced under agro-ecological handling (absence of agro-chemicals), organoleptic quality of the cultivated variety, adequate management of the drying, roasting and fermentation processes, progresses inopening up to a new niche market with bitter chocolate, also called dark, black or sour.

This product requires special characteristics to guarantee that it is palatable and attractive to the consumer, since the products under this category contain a higher proportion of cocoa and much less sugar, which maycover up a poor quality raw material.

The amount of cocoa they contain can range from 50 percent to 85 percent (this last parameter only for the most demanding consumers), which represents a rising market, in front of a consumer who wishescandies or a sweet pleasure, without affecting his health, something difficult to achieve in products with a high sugar content.

According to the Swiss Markus Lutz, one of the most reputed chocolate tasters, quoted in the website www.expansion.com, the demand for dark and bitter chocolate has steadily grown in the last decade, driven by the preferences of gourmet palates, who not only choose squares with a higher percentage of pure cocoa, but also are able to recognise the different origins and favour the so-called grands crus, the best plantations in the world. “The modern consumer is now demanding products with specific features, well aware that there are unique chocolates on the market, as well as other from specialised producers who select only the best provenances” says Lutz.

Improvements from the producer

As Freddy Fischer, director of Finca Las Bromelias (@cacaodeoro), located in the Las Vegas, Cumboto sector, Aragua, explains, “to get a good price, two fundamental elements are required: quality and volume. Volume, since if you do not sell much,it is not worthy toproduce a line of premium chocolates using that raw material. That’s why I looked for four producers in the area, where some organoleptic tests were carried out,thus, we were able to produce sufficient volume for commercialisation in order to be sold to Cacaos Caracas. That way allows us to get a high-price model”

“This has made possible an improvement in the production of the group. There has been some rescue of the producing techniques of cocoa. They have been becoming aware of the cocoa characteristics in the area where we work, attaining improvements in the quality of the grain. The results have been expressed in good benefits. Sometimes, some producers sell on their own account, but subsequently they return to the group, due to the prices that can be achievedby doing so, “he points out.

The cocoa produced in Las Bromelias, is fine aroma, using agroecology for plagues control, another factor that raises its price both inside and outside the country. In turn, Fischer created its own processing system, which contributes to the increase of commercialisationmargins. Likewise, he decided to complete the cycle with the incorporation of an artisanal husking machine already in operation and a refining machine in process. In this way, the process called Tree to Bar, from the tree to the bar, will further improve profits, which is an option in times of low raw material prices.

“For us it is necessary to formalise the chocolate fabric with the Cacaos Caracas group and lead to the national and international markets. It looks difficult to believe, but the national market is kept careless, even though there are people who feel like eating chocolate with appellation of origin. Venezuelan people have travelled a lot and are already able to recognise a quality product, “he adds.

Due to the increasingly impossibility of importing products in the country, many companies have decided to change their production profiles, taking advantage of new niche markets and exploring new flavours and aromas in the national production.

A perfect example is the company Molina & CIA, known in its beginnings as La Marcona, stillin the market with its brand Chocolates La Marcona,which started producing nougats andcaramel-coated almonds at the beginning of the 60s, it included chocolate in the 80s and today it is dedicated to produce lines of chocolate because of the difficult access to dried fruits and nuts.

Thus, explains Maria Teresa Molina, a star product in the local market is Frisbi, which are plain chocolate drops, made with milk chocolate and, more recently, the little almonds, drops filled with bitter chocolate, a product oriented to more demanding palates.

“Imports of products have been greatly diminished, but we reinvent ourselves every day. After a great trajectory in making products for the national industry, we are focused on developing our own brand in squares, bonbons, caramel-coated and the traditional nougat. We use liqueur, cocoa butter and cocoa powder to make our mixes and obtain our flavours. We make our chocolate, with 100 percent Venezuelan cacao. What happens is that despite many artisans have been incorporated and many people have started making bonbons, also the domestic consumption has increased, the local market has not grown.  In turn, the cocoa market is not stable. The harvest is at the end of the year, so if there is not enough cocoaavailable in the country, its price goes up and  we may have to strive to get it. It takes a lot of financial muscle to have supplies for the whole year, which can only be done by very large companies, “explains Molina, who adds that it is a privilege to count on the national production of cocoa because of its unique aroma and flavour.

In Latin America itself, there are experiences that guarantee that taking care of production standards is an adequate measure to deal with the price crisis. In September 2016, the Peruviancocoa producers through Luis Mendoza Aguilar, manager of the Peruvian Association of Cocoa Producers, stated that since they were constituted in 2004, they began work on raising product quality by achieving organic and fair trade certifications, in addition to working on specific flavour profiles, allowingthem to tradeabove the international market price.

“This year the price per ton for regular cocoa has ranged from US $ 3,000 to US $ 3,200. Fine cocoa with organic and trade certifications is charged an additional 50 $/ton. Likewise, we have organisations in charge of improving its profile, with flavour and aromas. Hence, we are able to get extra charges of US $ 500 per ton, reaching US $ 4,000 as a base to negotiate this type of cocoa. We have already sold small lots at 6,000 and 7,000 $/ton “he said at that time.

In turn, in Honduras, a news itempublished in the newspaper La Prensa on January 24, 2017, stated that Honduran producers continued to obtain good prices, despite the prices collapse at the international level. According to Anibal Ayala, president of the Honduran Cocoa Producers Association, the country’s cocoa farmers were selling cocoa above 3,060 $/ton, when international prices were around 2,140 $/ton.

As per Ayala, the reason for such a registration was an increase in the domestic demand for Honduran cocoa above supply, as well as a high demand for organic cocoa“which is highly valued, for which buyers are willing to pay better prices” This, he explained, is highly treasured in the market ofcocoa-based gourmet products. 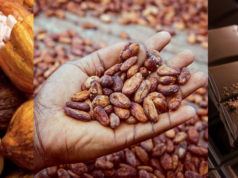 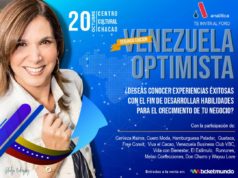 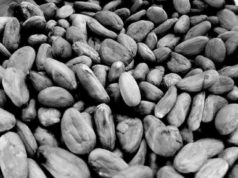 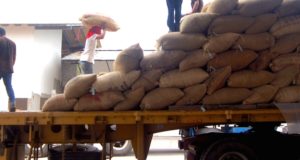